What are the Highest Paying Programming Languages in 2022?

This article analyses data from 5,508 software engineering job listings to help you figure out which programming languages have the highest salary. 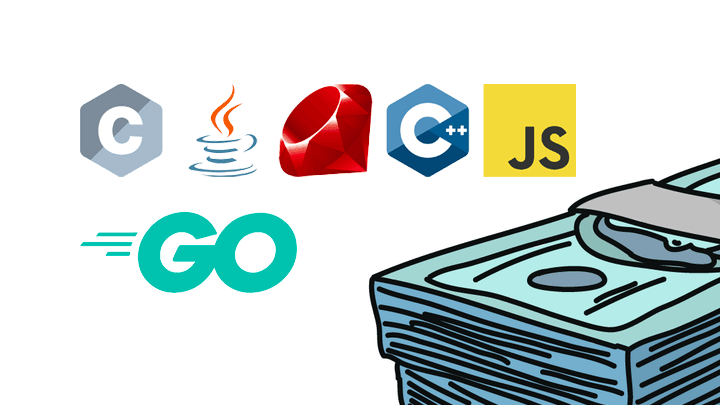 Software engineers are spoiled for choice when it comes to the variety of jobs available to them at the moment. Almost every industry needs programmers in some capacity, with jobs ranging from web development to ethical hacking. All that variety means there are big differences in pay and availability between different programming languages.

We've analysed data from 5k job listings on RemoteOK (the worlds largest job board) to determine which programming languages are paid the most and the least...

Which Programming Languages Pay The Most in 2022?

When searching for a programming language job, it’s important to compare the pay being offered by an employer to averages across the industry. Is the pay much higher than average? Much lower?_ Doing this will help you contextualize the job offer as you start weighing your options and choosing favorites.

Here’s a list of the highest paying programming languages:

Based on the analysed jobs, Swift has the highest earning potential with median jobs paying around $116k, and frequently earning more than $170k per year. The programming language, which was developed by Apple, was also voted as the "most loved" language in a 2015 Stack Overflow survey.

The Swift language is often used to create iOS and macOS apps, however, listings are rare and on the decline e.g. there were only 30 Swift jobs in our dataset. That means competition is fierce! For a less competitive option, you might want to consider Python or Ruby. Ruby has the highest number of jobs available while offering a solid median compensation rate to programmers.

Based on the Stack Overflow 2021 developer survey, however - the numbers are a little different:

According to the Stack Overflow survey, the highest paying programming languages are:

These are all quite niche technologies however which have few jobs - it's a trade off between niche specialism and salary.

Which Programming Languages Pay The Least in 2022?

Now, it’s time to have a look at the other end of the spectrum—which programming languages pay the least?

Typically the lowest paid software development roles tend to be for Frontend Developer roles. This is due to simple market dynamics i.e. there are more frontend web developers than their backend equivalents; typically programmers begin learning about web development, before moving on to backend development and architecture. The number of frontend vs backend developers can also be seen in data published by Indeed:

Once again, you need to strike a balance between earning potential and job availability that you’re comfortable with. PHP and HTML are the least paid and regularly see salaries as low as $50,000. While this might be enough for you, many programmers will opt for more profitable programming languages in order to make the most of their skill.

What are the Most in Demand Programming Languages in 2022?

Pay and job availability aren’t the only ways to analyze the state of the programming job market–we can also investigate which languages are the most in-demand. To do that, we can look at the year-on-year increases in the number of job offerings for a given language.

The programming languages that have seen the greatest increases in demand are SQL and Typescript. Both of these languages are fairly safe options when it comes to choosing a language with the future in mind.

If we instead consider the number of monthly active users (MAU), the fastest growing programming languages are Javascript, Python and Java:

What are the Least in Demand Programming Languages in 2022?

Here are two examples of this point:

Older languages with a heavy enterprise focus, such as C++ and Java, have been falling out of popularity in recent years. Despite the fall in number of jobs, the pay for these jobs is still high (both are in the top 5 paid languages).

These languages are slowly becoming a more niche skillset. Much of the world still runs on C++ and Java, however, so it's unlikely that demand for these languages will disappear any time soon.

What are the Most Popular Programming Languages in 2022?

If you are looking for the most popular and highest pay in 2022, you can consider Python and Golang, whose median range is $105,000.

If we instead consider the number of monthly active users (MAU), the most popular programming languages are Javascript, Python and Java:

Well, that’s all for this article on the factors that might impact your decision about which programming languages to learn.

Our recommendation would be to aim for a traditional software development career path i.e. don't try and learn the language which pays the most as your first language. Instead, learn the basics of Frontend Development before experimenting with more advantages backend technologies.

The place to find jobs with a 4 day work week