Facebook Behavioral Interview Questions - everything you need to know (2022)

Need to practice for your behavioral interview with Facebook (AKA the “Jedi” round), but don’t know where to start? Here's what you should know before your Facebook interview 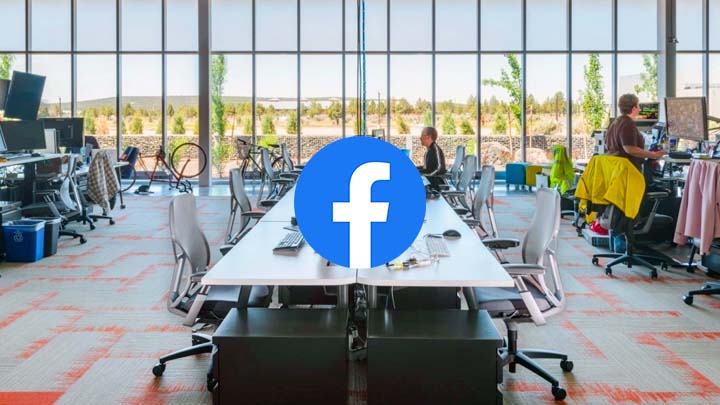 Some of us have been through many interviews with smaller companies and startups who ask the common questions before it turns into a conversation, but bigger companies in tech like Facebook, Google and Stripe assess individuals across a variety of skills and situations to make sure that they’re the right fit for the company and the role. Consequently, there are many different rounds you have to go through, which can span across many weeks.

After all, getting hired at Facebook is no joke. Working for this juggernaut of a company means that you’re effectively affecting the lives of its billions of users around the globe

Facebook needs to perform behavioral interviews because every year they receive about 250,000 job applications per year. Mark Zuckerberg’s mantra for hiring relates directly to a person’s behavior:

In order to have a successful Facebook behavioral interview you must first understand the format, criteria and prepare for some common questions. Let's dig into it...

Since Facebook has multiple departments in over 80+ cities, many of the FB interview questions will include teamwork and leadership questions. Facebook wants to ensure you can work on a cross-functional team that includes multiple positions, from software engineers to business managers.

You may hear the Facebook behavioral interview referred to as the "Facebook Jedi interview", or the "Jedi Round.” So how will interviewers evaluate you during the Jedi round? They will look at a couple of different factors:

Right now, the idea of a Facebook behavioral interview might sound daunting, but it isn’t impossible if you rely on your experience and prepare accordingly.

When preparing for your Facebook behavioral interview, you need to focus on three points:

One of the best Facebook interview tips is to follow a method sometimes used in more traditional situational interviewing i.e. the STAR method:

Following the STAR method allows you to flesh out your experience, especially when answering Facebook leadership interview questions.

At some point in your professional life, you’ll be put in a position of leadership. Whether you’re leading a project or are tasked to supervise a team, you must draw on your experience as a leader when doing the STAR method. Remembering when you were in charge of a situation, ask yourself the following questions:

Take a couple of hours and write out a situation or situations you’ve handled in the past. During the situation, which role did you assume? Did you assign tasks, or did you handle the task assigned efficiently? What action did you take when you were given the task? Finally, was the positive outcome a direct result of your actions?

1. "Tell me about a time your team had a goal, but you failed to achieve it.”

We’ll start with a difficult question first. You will not have a positive outcome from a failed goal, but you can put a positive spin on it.

The interviewer is looking to see how you react to failure and what you would have done differently for a more positive outcome. You want to avoid situations where you didn’t adapt to change, made poor decisions, or had little self-awareness. The interviewer wants to see how quickly you think on your feet.

"I started a website with a team with the purpose of starting an e-commerce business. Unfortunately, the website never became profitable, and the team became discouraged. After compromise, we decided it was time to shut the website down. This did not discourage me from trying again. However, I wanted to learn new skills and reflect on what I did wrong so I can try again in the future.”

2. "Tell me about a time you had a great idea that no one else on the team liked?”

Sometimes, you might think you have the right answer to every situation. However, remember that you are part of a team, and sometimes, your answer isn’t the best answer. The employer is going to gauge your maturity and how you handled compromise when dealing with conflict.

"After extensive research, I came up with an idea on monetizing our website. The rest of the team didn’t agree with my idea, even though I had data and analysis handy for them. They all agreed on another team member’s idea for monetization. Ultimately, their idea didn’t work, but I did not rub it in their faces. I got them all together, sat down, and came up with a compromise between both of our ideas. I took what worked from mine and what worked from the failed idea, and we came up with an amicable solution.”

3. "Tell me about a time you had two different tasks that were a top priority?”

"The team tasked me with quality-checking the coding on my team’s e-commerce website. The website needed to be live in time to present at an investor’s meeting. Unfortunately, one of the team members whose task was to prepare documents for the meeting fell ill and was hospitalized. I was the only other one who could prepare these documents, but no one else could quality-check the code. I effectively managed my time to the point where both tasks were completed by me before the investor’s meeting.”

These are only a few examples of questions they may ask you during a Facebook behavioral interview; it's impossible to prepare for every situation. It might sound intimidating at first, but if you follow these tips, then you will increase your chances of acing the behavioral interview and landing your dream job at Facebook.